In Helena Ng Design, we believe that creativity is more than just being different. Creative thinking needs both depth and ingenuity in understanding the needs of clients and communicating the ideas to the public. It is inventing, experimenting, growing, taking risks, breaking rules. Real creativity begins with the drive to work on and on without enthusiastic, responsible and committed attitudes to create and effective concepts that are both relevant to clients' individual brands, and deliver high quality work. 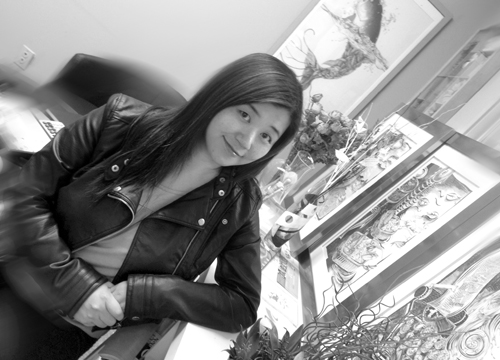 Born in Macau. Started the learning of art since early childhood, and achieved many awards including Gold Awards of The Youth Drawing Competition both in Hong Kong and Macao regions. Helena has been achieving her career goals in art and design since 1989. She started out as a Graphic Designer at Macau Television Corporation and then furthered her studies in San Francisco. In 1994, she graduated in California College of Arts, CCA in San Francisco, United States with Bachelor of Fine Arts Degree in Graphic Design. After emigrating to Toronto, Canada, Helena continued her career path as senior graphic designer and art director. In 2003, she established her own businesses, Helena Ng Design acting as Creative Director and Beware Wet Paint Creative Art School acting as Principal till now, with the goal to keep inspiring the creative and artistic growth of youth.