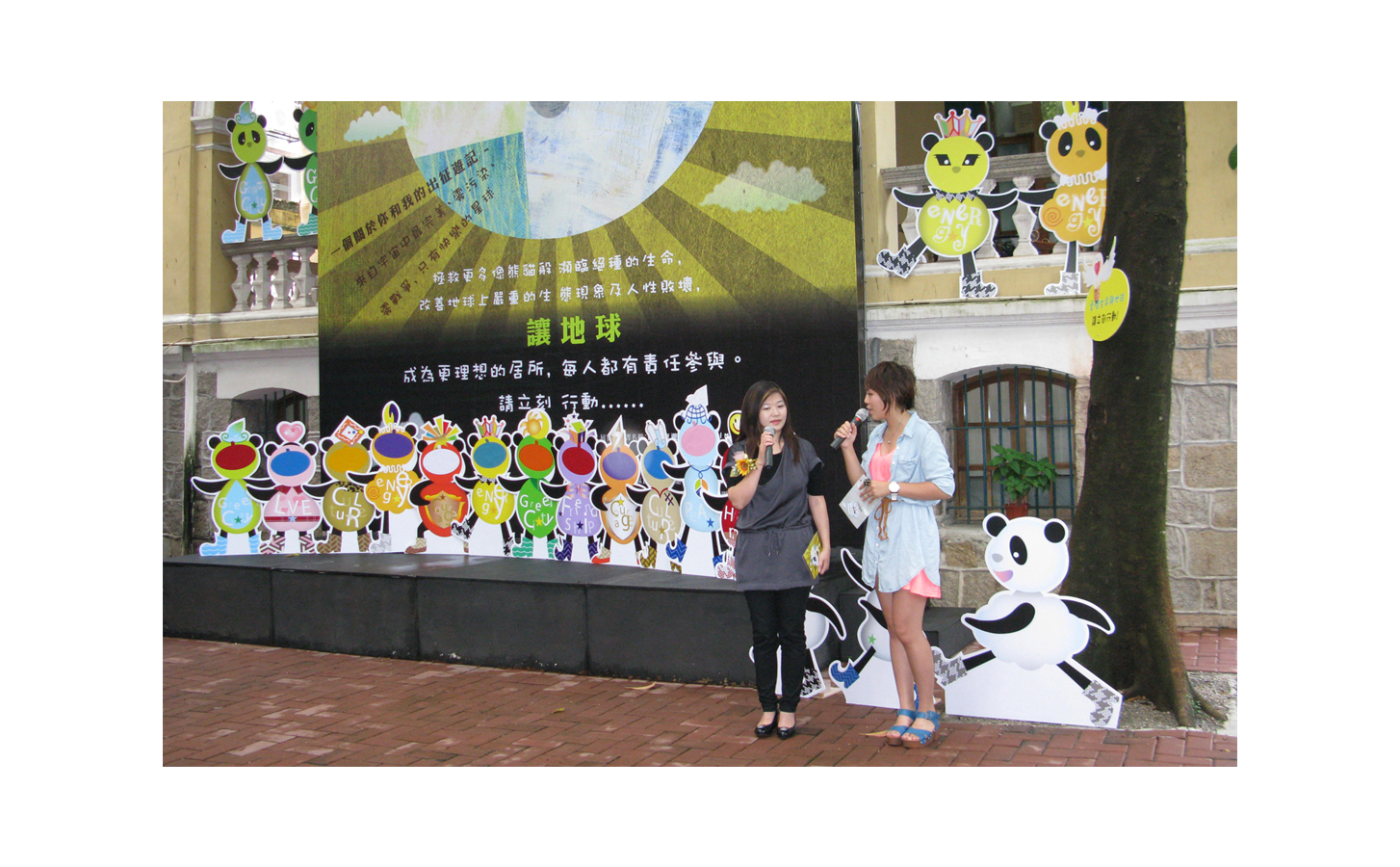 PandaPal Mission to the East

10 Fantasia, Macau is one of the renowned Portuguese style heritage building converted to a renowned government-funded art gallery in Macau, China. In the whole year round, they have various exhibitions to showcase all kinds of arts and creative work, so as to inspire the participation and cross-cultural exchange of local or foreign artists and improving the standard of general public in knowing art. As a Canadian designer & artist originated from Macau, I was invited by the gallery committee to create a solo exhibition. So I thought of creating an illustration book with my own illustration, design and storyline and had the whole historical building was transformed into a 3D version of the newly-issued bilingual illustration book. I want to create a theme which brings attention to everyone that the Earth is declining in power and facing lots of crisis....weather changes, life condition, moral standard and human relationship getting worse...etc. People of all generations should beware and participate to make a change to our world. The story is about eight pairs of PandaPals pick up the missions of saving the earth by boosting up the eight significant elements including Peace, Green City, Love, Happiness, Friendship, Courage and Energy from selected cities from the East. We all share the present and future of the planet and it's important to be aware of the many world issues such as global warming, pollution, war, drug addiction, crimes....etc. I think it's important to spread this message starting from the young age. (Click to see more about the books and other printed design.)

The whole event and book publishing are co-sponsored by the art gallery. The book was launched on the same day of the exhibit grand opening. The books were sold in Macau, Hong Kong and Taiwan. Profit goes to charity purposes.

It turned out very well with lots of good feedback from media (newspaper, radio and TV) and guests invited to the events. They like the concept and positive messages and how the story scenes and characters were designed to incorporate throughout the house from exterior to interior. Children like it especially because they can follow map and route path indication to find out about the missions and messages. They can stamp on the passport as completion of each task.